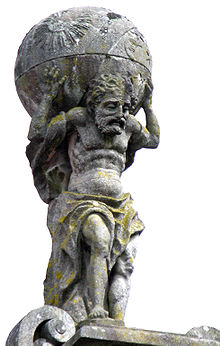 In today’s post, I will be looking at the concept of constraints in facing problems. Please note that I did not state “solving problems”. This is because not all problems are solvable. There are certain problems, referred to as “wicked problems” or complex problems that are not solvable. These problems have different approaches and none of the approaches can solve the problems completely. Some of the alternatives are better than the others, but at the same time they may have their own unintended consequences. Some examples of this are global warming and poverty.

The first step in tackling these problems is to understand what type of problem it is. Sometimes, the method to solve a problem is prescribed before the problem is understood. Some of the methods assume that the problem has a linear cause and effect relationship. An example is 5 why. 5 why assumes that there is a linear relationship between cause and effect. This is evident in the question – “why did x happen?”  This works fine for the obvious problems. This may not work that well for complicated problems and never for a complex problem. One key thing to understand is that the problems can be composite problems, some aspects may be obvious while some aspects may be complicated. Using a prescribed method can be ineffective in these cases.

The concept of constraints is tightly related to the concept of variety. The best resource for this is Ross Ashby’s “An Introduction to Cybernetics” [1]. Ashby defined variety as the number of distinct elements in a set of distinguishable elements or as the logarithm to base 2 of the number of distinct elements. Thus, we can say that the variety of genders is 2 (male or female) or as 1 bit (based on the logarithm calculation). Ashby defined constraint as a relation between two sets. Constraint only exists when one set’s variety is lower than the other set’s variety. Ashby gives the axample of a school that only admits boys. Compared to the set of gender (boys and girls), the school’s variety is less (only boys). Thus the school has a constraint imposed on itself.

A great resource for this is Dave Snowden and his excellent Cynefin framework [2]. Snowden says that ontology precedes epistemology or in other words data precedes framework. The fundamental properties of the problem must be understood before choosing a “tool” to address the problem. Prescribing a standard tool to use in all situations is constraining oneself and this will lead to ineffective attempts at finding a solution. When the leader says we need to use lean or six sigma, this is an attempt to add constraints by removing variety. Toyota’s methodologies referred to as Toyota Production System, was developed for their problems. They identified the problems and then proceeded to find ways to address them. They did not have a framework to go by. They created the framework based on decades of experience and tweaking. Thus blindly copying their methodologies are applying constraints on yourself that may be unnecessary. As the size or scope of a project increases, it tends to increase the complexity of the project. Thus enterprise wide applications of “prescribed solutions” are not generally effective since the cause-effect relationships cannot be completely predicted leading to unintended consequences, inefficiency and ineffectiveness. On the other hand, Ashby advises to take note of any existing constraints in a system, and to take advantage of the constraints to improve efficiency and effectiveness.

A leader should thus first understand the problem to determine the approach to proceed. Sometimes, one may have to use a composite of tools. One needs to be open for modifications by having a closed loop(s) with a feedback mechanism so that the approach can be modified as needed. It is also advisable to use heuristics like genchi genbutsu since they are general guidelines or rules of thumb. This does not pose a constraint. Once a methodology is chosen, then a constraint is being applied since the available number of tools to use (variety) has now diminished.  This thinking in terms of constraints prevents the urge to treat everything as a nail when your preferred tool is a hammer.

I will finish with a great story from the great Zen master Huangbo Xiyun;

In case you missed it, my last post was Jidoka, the Governing Principle for Built-in-Quality:

2 thoughts on “Concept of Constraints in Facing Problems:”