I am a Quality Manager by profession. Thus, I think about Quality a lot. How would one define “Quality”? A simple view of quality is – “conformance to requirements.” This simplistic view of quality lacks the complexity that it should have. This assumes that everything is static, the customer will always have the same requirements and will be happy if the specifications/requirements are met. Customer satisfaction is a complex thing. Customers are external to the plant manufacturing the widget. Thus, the plant will always lack the variety that the external world will impose on it. For example, lets look at a simple thing like a cellphone. Theoretically, the purpose of a cellphone used to be to allow the end user to make a phone call. Think of all the variety of requirements that the end user has for a cellphone these days – internet, camera, ability to play games, ability to use productivity apps, stopwatch, alarms, affordability etc. Additionally, the competition is always coming out with a newer, faster, and maybe cheaper cellphone. To paraphrase the red queen from Alice in Wonderland – the manufacturer has to do a lot of running to stay in the same place – to maintain the share of market. 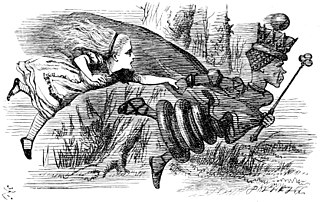 In this line of thinking, quality can be viewed as matching the complexity imposed by the consumer. There are two approaches in Quality that differs from the concept of just meeting the requirements.

Genichi Taguchi, a Japanese engineer and statistician, came up with the idea of a “loss function”. The main idea behind this is that anytime a product deviates from the target specification, the customer experiences a loss function. Every product dimensional specification has a tolerance for manufacturability. When all of the dimensions are near the target specification, the loss function is minimal resulting in a better customer experience. One of the best examples to explain this is from Sony. The story goes that Sony had two television manufacturing facilities, one in Japan and one in the USA. Both facilities used the same design specifications for television. Interestingly, the televisions manufactured in the USA facility had a lower satisfaction rating than the televisions manufactured in Japan. It was later found that the difference was in how the two facilities approached quality for the color density. The paradigm that the USA facility had was that as long as the color density was within the range, the product was acceptable, whereas, the Japanese facility made a point to meet the nominal value for the color density. Thus, the Japanese Sony televisions were deemed superior to the American Sony televisions.

Noriaki Kano is another Japanese Quality Management pioneer who came up with the idea of the Kano model. The Kano model is a great way of looking at a characteristic from the point of the customer. The Kano model has two axes – customer satisfaction and feature implementation. The customer satisfaction goes from satisfied to dissatisfied, and the feature implementation goes from insufficient to sufficient. This two-dimensional arrangement leads to various categories of “quality” such as Attractive quality, One-dimensional quality, Must-be quality and Indifferent quality. Although there are more categories identified by Kano, I am looking at only the four categories identified above.

A feature that began as indifferent could become an attractive feature, which would then evolve into a one-dimensional feature and finally it becomes a must-be feature. Take for example, the ability to take pictures on your cellphone. This was treated indifferently at the beginning, and then it became an attractive feature. The better the resolution of the pictures taken, the happier you became. Finally, the ability to take sharp pictures became a must-have on your cellphone.

The customer is not always aware of what the attractive feature could be on a product. This is akin to what Ford said – “If I had asked people what they wanted, they would have said faster horses.” Steve Jobs added on to this and said – “People don’t know what they want until you show it to them. That’s why I never rely on market research. Our task is to read things that are not yet on the page.”

Kano had a brilliant insight regarding this as well. In the 2001 paper, “Life Cycle and Creation of Attractive Quality”, he gave the Konica model. Kano talked about the camera that Konica came out with in the 1970s that had built-in flash and the capability to auto focus. At that time, the camera was treated as a mature product and to survive the competition Konica decided to come up with a new camera. Konica engaged in a large survey with the customers with the expectation of coming out with a completely new camera. The R&D team was disappointed with the survey results which only suggested minor changes to the existing designs. The team decided to visit a photo processing lab to examine the prints and negative films taken by consumers and to evaluate the quality of prints and developed films. This is the spirit of genchi genbutsu in lean (go and see to grasp the situation). The team learned that the two main issues the users had were to do with underexposures due to lack of flash and out-of-focus.

To solve these problems, Konica developed and released cameras with auto focus and a built-in flash as well as auto film loading and winding functions from the middle to the end of 1970s. This prompted consumers to buy a second and even a third camera. Thereafter, Konica’s business considerably grew and completely changed the history of camera development in the world.

As long as customers are around, quality should be viewed as non-linear, complex and evolving.

In case you missed it, my last post was Lessons from Genkan:

In today’s post, I will be looking at a lesser known lesson from Taiichi Ohno regarding the pursuit of Quality.

Ohno was talking about using andons and the importance of resisting mass production thinking. Andon means “lantern” in Japanese, and is a form of visual control on the floor. Toyota requires and requests the operators to pull the andon cord to stop the line if a defect is found and to alert the lead about the issue. Ohno said the following about andons;

“Correcting defects is necessary to reach our goal of totally eliminating waste.”

Prior to the oil crisis, in the early 1970’s in Japan, all the other companies were buying high-volume machines to increase output. They reasoned that they could store the surplus in the warehouse and sell them when the time was right. Toyota, on the other hand, resisted this and built only what was needed. According to Ohno, the companies following mass-production thinking got a rude awakening in the wake of the oil crisis since they could not dispose off their high inventory. Meanwhile Toyota thrived and their profits increased. The other companies started taking notice of the Toyota Production System.

Ohno’s lesson of the pursuit of quality to yield value struck a chord with me. This concept is similar to Dr. Deming’s chain reaction model. Dr. Deming taught us that improvement of quality begets the natural and inevitable improvement of productivity. His entire model is shown below (from his book “Out of the Crisis”).

I will finish with a story I heard from Tony Fadell who worked as a consultant for Apple and helped with the creation of the IPod. Tony said that Steve Jobs did not like the “Charge Before Use” sticker on all of the electronic gadgets that were available at that time. Jobs argued that the customer had paid money anticipating using the gadget immediately, and that the delay from charging takes away from the customer satisfaction. The normal burn-in period used to be 30 minutes for the IPod. The burn-in is part of the Quality/Reliability inspection where the electronic equipment runs certain cycles for a period of time with the intent of stressing the components to weed out any defective or “weak” parts. Jobs changed the burn-in time to two hours so that when the customer got the IPod, it was fully charged for him to use right away. This was a 300% increase in the inspection time and would have impacted the lead time. Traditional thinking would argue that this was not a good decision. However, this counterintuitive approach was welcomed by the customers and nowadays it is the norm that electronic devices come charged so that the end user can start using it immediately.

In case you missed it, my last post was Challenge and Kaizen.