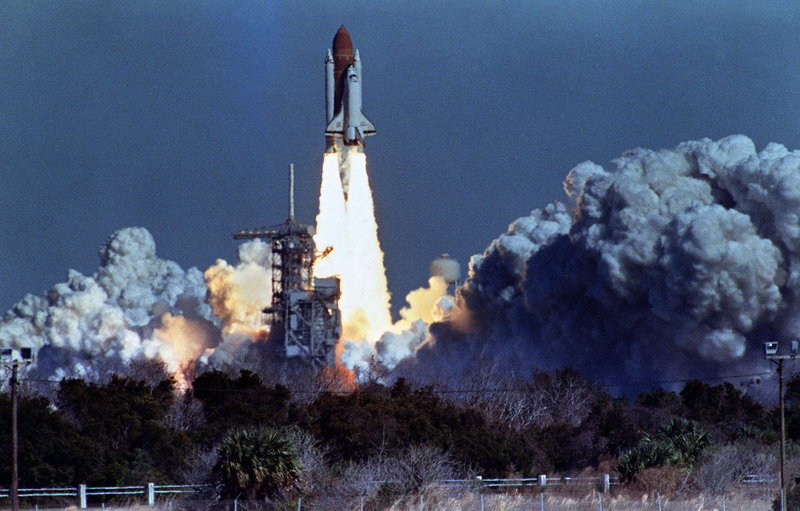 I read about the death of Bob Ebeling today. He was a NASA contract Engineer from Morton Thiokol who tried to stop the launch of the space shuttle Challenger in 1986. On January 26, 1986 soon after the launch, the Challenger was engulfed in flames. All seven crew members lost their lives in this terrible accident. Famous Nobel laureate Richard Feynman was part of Rogers Commission which investigated the Challenger accident.  Feynman wrote about this investigation in depth in his 1988 book “What Do You Care What Other People Think?”

In today’s post, I will be looking at Isolated Incidents. There are times in my career where I am taken aback by isolated events.  These events happen very rarely, and thus it is not easy to understand the root causes. I will use the Challenger accident as the primary example to look at this. There have been 135 NASA space shuttle missions between 1981 and 2011. Of the 135 missions, 133 flights went as planned, with two ending in disaster.

The Roger Commission identified that the Challenger accident was caused by a failure in the O-rings that were used to seal a joint on the right solid rocket booster. Bob Ebeling was among the group of Engineers who had warned NASA against the launch based on his concerns about the seals. The O-rings were not proven to work under cold conditions. It was noted that the temperature was below freezing on the day of the launch. Feynman famously demonstrated this by immersing an O-ring in a glass of ice water, and demonstrating that the O-rings were less resilient and that it retained its shape for a very short amount of time. This lack of resilience caused the failure of the seals leading to the Challenger catastrophe.

The Roger Commission indicated the following issues led to the Challenger accident:

Feynman also wrote about the great disparity in the view of risk by the NASA management and the engineers. NASA management assigned a probability of 1 in 100,000 for a failure with loss of vehicle. However, when Feynman asked the engineers, he got values as low as 1 in 100. Feynman reviewed the NASA document that discussed the risk analysis of the space shuttle and was surprised to see extremely low probability values for failures. In his words;

The whole paper was quantifying everything. Just about every nut and bolt was in there. “The chance that a HPHTP pipe will burst is 10-7”. You can’t estimate things like that; a probability of 1 in 10,000,000 is almost impossible to estimate. It was clear that the numbers for each part of the engine were chosen so that when you put everything together you get 1 in 100,000.

Feynman also talked about an engineer being candid with him about his probability value of 1 in 300. He said that he calculated the risk as 1 in 300. However, he did not want to tell Feynman how he got his number!

The Anatomy of an Isolated Incident:

I have come to view the Isolated Incident cause-effect relationship as an equation. This is shown below.

The Challenger Accident can be summarized:

Another example is – when demand goes up, and production doubles. If the process is not robust enough to handle the spike in production, then isolated events can happen.

I will finish this post with a fantastic story I read from Snopes:

The Pontiac division of General Motors received a complaint in the form of a letter. The letter was from a frustrated customer. He had been trying to contact the company for a while.

He wrote in the letter that he and his family were used to buying ice cream after dinner on a frequent basis. The type of ice cream that is purchased depended upon the mood of the family. He had recently purchased a new Pontiac car, and he had been having issues on his ice cream trips. He had figured out that the new car is allergic to vanilla ice cream.

“What is there about a Pontiac that makes it not start when I get vanilla ice cream, and easy to start whenever I get any other kind?”, he asked in the letter.

The letter was delivered to the Pontiac President who was very amused by it. He sent an engineer to investigate the fantastic problem. The engineer went with the family three nights to get ice cream in the new car. The first night the family got chocolate ice cream, and the car started with no problem. The second night, they got strawberry. The car again was fine. On the third day, the family got vanilla ice cream; lo and behold the car would not start.

This was repeated on multiple days, and the results were always the same. The engineer was a logical man, and this stumped him. He took notes of everything. The only thing that he could see was time. The family always took the shortest amount of time when they purchased vanilla ice cream. This was because of the store layout. The vanilla ice cream was quite popular and was kept at the front of the store. Suddenly, the engineer identified why the isolated incident happened. “Vapor lock”, he exclaimed. For all the other flavors, the longer time allowed the engine to cool down sufficiently to start without any issues. When the vanilla ice cream was bought, the engine was still too hot for the vapor lock to dissipate.

In case you missed it, my last post was Kintsukuroi and Kaizen. 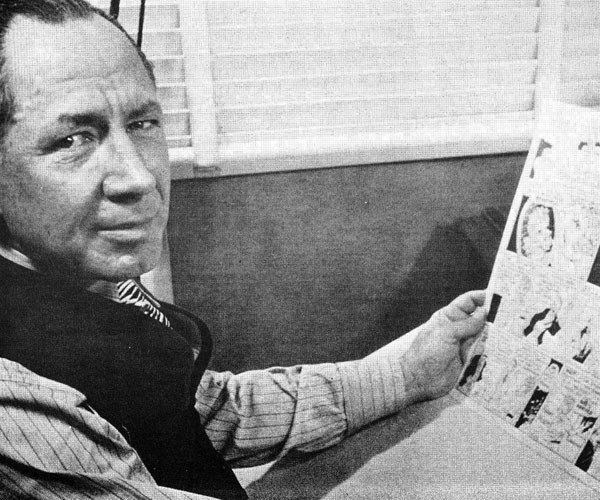 In today’s post, I will be trying to look into Murphy’s Law.

There are multiple versions existing for this law, the most common version being – “whatever can go wrong will go wrong”. Some other variations are as follows;

Murphy’s Law makes a pessimist out of the most optimistic man. Is it true that the universe has a tendency for causing things to fail? Does Murphy make a rational man go “Why me?”, when something unexpected happens?

Does buttered toast listen to Murphy?

The following section is taken from “The Australian Journal: A Weekly Record of Literature, Science, and Art, Volume 23”, from 1888. The highlighted section shows that the idea of buttered toast/bread falling on its buttered side is common, even in the 1800’s. 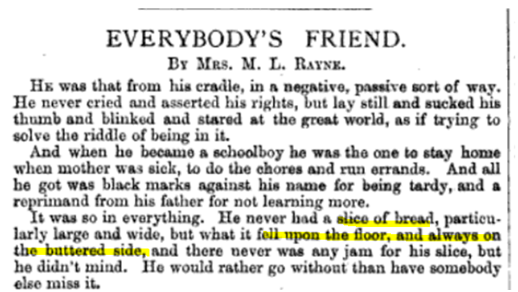 Interestingly, studies have shown that buttered toasts fall on their buttered side almost 62% of the time. This would mean that it is not a fifty-fifty chance like flipping a coin. Why? This seemingly curious “bad luck” can be explained with science. Delving deep into the case of buttered toast, it becomes clear that the following factors always remain the same;

These two factors increase the chances for the toast to fall on the buttered side. In fact, studies have shown that when toasts are thrown up in the air, the likelihood decreases to fifty-fifty. Alternately, when the toast is dropped from a height of 7-8 feet, the likelihood of buttered toast falling on the unbuttered side goes up back to about 62%. The reader can find more about this here and here.

Factors which cause Murphy to visit:

I have compiled a list that explains why Murphy is prevailing.

Combining the Nature of Humans, and the Law of large numbers, you have the perfect storm that allows Murphy to rule the world. The egocentric view of humans tends to make events about them, when from a probability standpoint, it could have happened to anybody. There is a profound difference between asking “What are the chances of it happening” and “What are the chances of it happening to me?”

Final Words and the story of Arthur Ashe:

As detailed in the buttered toast section, it is imperative that one tries to understand why something went wrong. What are the factors affecting the process? What are the chances of the event to happen? Is there indeed a pattern or is the pattern created by the perception? The buttered toast is a rigged game where there is high likelihood of the toast to fall on its buttered side when dropped from a height of 2-4 feet.

Arthur Ashe, the legendary Wimbledon player was dying of AIDS which he got due to infected blood he received during a heart surgery in 1983.

From the world over, he received letters from his fan, one of them conveyed: “Why does God have to select you for such a bad disease?”

And today in pain, I should not be asking GOD “why me?”

As a Quality Engineer working in the Medical Device field, there is nothing more frustrating than a “no-fault-found” condition on a product complaint. The product is returned by the customer due to a problem while in use, and the manufacturer cannot replicate the problem. This is commonly referred to as no-fault-found (NFF). I could not find a definite rate on NFF for medical devices. However, I did find that for the avionics industry it is 40-60% of all the complaints.

The NFF can be also described as “cannot duplicate”, “trouble not identified”, “met all specifications”, “no trouble found”, or “retest ok”. This menacing condition can be quite bothersome for the customer as well as the manufacturer. In this post, I will try to define some red flags that one should watch out for, and a list of root causes that might explain the reasons behind the NFF condition. I will finish off with a great story from the field.

The following list contains some of the red flags that one should watch out for, if no-fault was found with the product that was returned. This list is of course by no means meant to be an exhaustive list, but might provide some guidance.

The mystery of diathermy burns:

I got this story from the great book “Medical Devices: Use and Safety” by Bertil Jacobson MD PhD and Alan Murray PhD. Sometimes, a surgery that uses a device like an RF Generator can cause burns on the patient from the heat induced by the device. This is referred to as “diathermy burns”.

A famous neurosurgeon retired and started working at a private hospital. Curiously, after a certain date, five of his patients reported that they have contracted ugly, non-healing ulcers. These were interpreted as diathermy burns. These burns were present on the cheek bones of the patients who were placed face-down for the surgery and on the neck region of the patient who were operated in the supine position (face-upward). The surgeon has had a long uneventful and successful career with no similar injuries ever reported.

A clinical engineer was consulted. He also could not find any fault with any of the equipment. At that point he requested witnessing the next operation. During this, it was discovered that the new assistant surgeon was placing his hands heavily on the patient’s head during the operation. Thus, the diathermy burns were actually pressure necroses caused by the assistant surgeon. These apparently can be misinterpreted as diathermy burns!

This story, in a curious way, implies the need to go to the gemba as well! Always keep on learning…