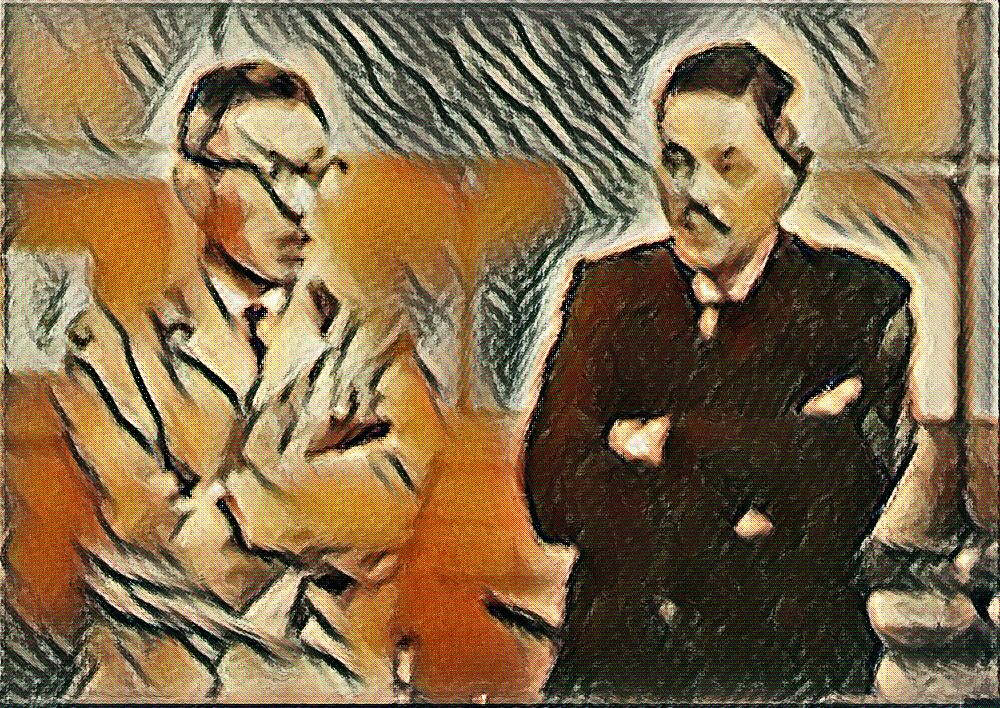 One of my favorite stories related to statistics is of Abraham Wald. During World War II, American military sought the help of the Statistical Research Group (SRG) for their bomber planes. The problem was how to reinforce the planes to improve the chances of survival in an attack. The story goes that the military had done an analysis of the damages on all the planes returned from attacks. The different parts of the planes were the fuselage, the wings, the tail and the engine. The question was where should the reinforcement be done on the plane, because more reinforcement meant more weight, which impacted the performance of the plane. The data showed that the most damage was found on the fuselage. The military wanted to start working on reinforcing the fuselage. Wald, however, cautioned against it, and advised on reinforcing the least hit part that was most vulnerable part of the plane. It turned out that this part was the engine. Wald’s logic was that the military was looking at the planes that got hit and yet managed to come back safe. The data that was most important was on the planes that did not make it back home safe. This story is often used to explain the survivorship bias – the logical error of using the cherrypicked data of the very few that made the cut while ignoring the very high numbers of those who did not make the cut.

My main takeaway from the Wald story is about looking at what is not there. Sometimes this information is the most important and yet it is not readily visible. I will try to use this concept with Lean. Lean is often perceived as a set of tools. When Toyota opened the doors for the rest of the world, many like the Military in the Wald story saw only what was in front of them – 5S, Kanban, andon cords etc. The unseen part, the culture of Toyota, the Toyota Way, was missed. One of the words that sticks out when one reads the first books on Toyota Production System is “rationality.” Rationality is coming up with innovative ideas to meet the required challenge primarily with what you got – with your wit and what you have on hand already. Rationality is doing just what is right. Rationality is the root of kaizen.

I am interested in looking at how Taiichi Ohno was able to develop the Toyota Production System and most importantly make “it” stick, over the generations. Taiichi Ohno was inspired by the challenge issued by Kiichiro Toyoda, the founder of Toyota Motor Corporation. The challenge was to catch up with America in 3 years in order to survive.  Ohno built his ideas with inspirations from Sakichi Toyoda, Kiichiro Toyoda, Henry Ford and the supermarket system. The two pillars of the Toyota Production System are Just-in-Time and Jidoka. Just-in-time or “Exactly-in-time”, as Ohno calls it [1], is the idea of producing just what is needed at the right time in the right quantity. The concept of Just-in-Time was the brainchild of Kiichiro Toyoda. Kiichiro Toyoda had written a 4” thick pamphlet that detailed his ideas of a system to produce every day exactly what was needed in the quantity needed. Piror to Ohno’s kanban concept, Toyota was already using tickets as part of Just-in-Time system. The concept of Jidoka was based on the automatic loom developed by Sakichi Toyoda (father of Kiichiro Toyoda). The automatic loom that Sakichi built also had a weft-breakage automatic stopping device, which ensured that the loom stopped when a thread breakage occurred. This allowed one operator to handle multiple looms at a time. Thus, we can see that the two pillars of Toyota Product System were based on the concepts of two parental figures in the Toyoda family.

The Toyota Production System (TPS), which is steeped in the philosophy of “the complete elimination of all waste” imbues all aspects of production in pursuit of the most efficient methods, tracing back its roots to Sakichi Toyoda’s automatic loom. The TPS has evolved through many years of trial and error to improve efficiency based on the Just-in-Time concept developed by Kiichiro Toyoda, the founder (and second president) of Toyota Motor Corporation.

Taiichi Ohno rose to the occasion of increasing the productivity of Toyota by developing a production system to improve productivity. The concept of Jidoka he learned from the Toyota Automatic Loom Works company, allowed him to have one operator man multiple machines at a time. He rearranged the facility in order to allow the process to flow better. By expanding on the Just-in-Time idea and the American Supermarket system, he developed a kanban system that ensured a pull system to make product only in the right quantity at the right time. There was a lot of resistance against his ideas. It was initially termed as the “Ohno system” instead of “Toyota Production System.” Ohno however had the full support of his superiors, Eiji Toyoda and Naiichi Saito [1]. They absorbed all the discontent and grumbling directed at Mr. Ohno from the factory and never mentioned to him. They only wanted him to continue finding ways to reduce manufacturing costs.

Implementing a production system like Toyota’s, can be viewed as a cultural transmission phenomenon in the organization. As the great population geneticist Luca Cavalli-Sforza puts it [3] – Cultural transmission is the process of acquisition of behaviors, attitudes, or technologies through imprinting, conditioning, imitation, active teaching and learning, or combinations of these. Cavalli-Sforza expands on this idea [4]: the ability to accumulate knowledge by cultural means, that is by exchange of information between individuals within and across generations, is a powerful mechanism for adapting to new situations… Culture allows the spread of targeted solutions to problems affecting a population.

Cavalli-Sforza’s research indicates that the essence of cultural transmission is learning from other individuals. Ohno taught his methods to the production team most of the time by directly going to the required personnel. Ohno was famous for drawing a circle on the production floor and making the engineer or the supervisor stand in it to observe an operation so that he can “see” the wastes. Ohno’s methods were based on the “reality” present only at the gemba. He sometimes used trial and error methods. As he stated [1]: To confirm hypotheses through experimentation is not confined to the academic world. In industry as well, ideas are tested through continuous trial and error.

As I was reading Cavalli-Sforza’s works, one particular concept stayed with me. He noted that transmission through a social leader or teacher results in greater homogeneity in a population than transmission through a parental figure. The social leader has great influence over others in an organization. At the same time, the parental figure can have a long-lasting effect. [5]The culture created by the organization’s initial leaders forms a “genetic imprint” for the organization’s ontogeny; it will be clung to until it becomes unworkable or the group fails and breaks up. The two aspects of the cultural transmission from a social leader (Taiichi Ohno) and parental figures (Sakichi Toyoda and Kiichiro Toyoda) resonates well with any student of the Toyota Production System.  The cultural transmission over time allows for better ideas and practices to replace the less effective ones while at the same time maintaining the core concepts of the system.

In case you missed it, my last post was Herd Structures in ‘The Walking Dead’ – CAS Lessons:

[1] Just-In-Time For Today and Tomorrow, Taiichi Ohno and Setsuo Mito

3 thoughts on “Cultural Transmission at Toyota:”